Tuck’s series of portrait sculptures, part of a proposed Holocaust Memorial, is part of the Holocaust Remembrance Show at the Midwest Museum of American Art in Elkhart, Indiana. Tuck conceived the memorial and created the sculptures after a moving visit to the camps in 1992. Along with the sculptures, which are part of the museum’s collection, the exhibit includes paintings by Adam and Peggy Grant. Adam’s artistic ability enabled him to survive the death camp.  After the war, he moved to the United States and settled in the Midwest. The show will be up through March 1, 2017. 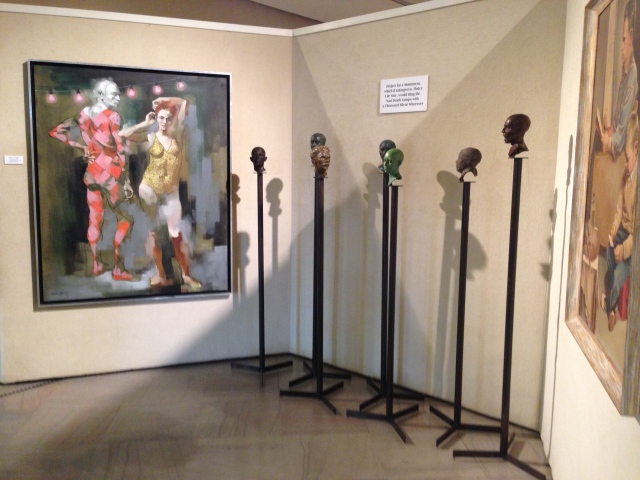 This entry was posted in Exhibition and tagged Elkhart, exhibition, museum show. Bookmark the permalink.